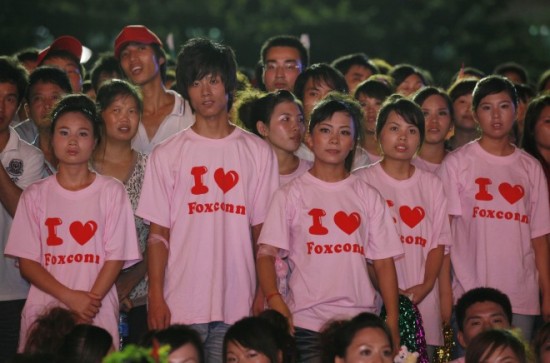 Foxconn to have 1 million robots by 2014 to manufacture products

Foxconn, the Taiwan based contract manufacturer which makes products for Apple, Sony and Nokia is again in news. This time another of its employees jumped to his death in China. 13 employees ended their lives in 2010 and several more in 2011, analysts and activists have blamed tough working conditions. At the moment the company employees one million workers at its facilities in China and in an effort to reduce its dependence on manual labor. The company now plans to use one million robots to do “simple” work China Business News says its chairman Terry Gou.


Foxconn currently has 10,000 robots doing painting, welding and assembly tasks. It will increase that number to 300,000 next year and to one million in 2014.