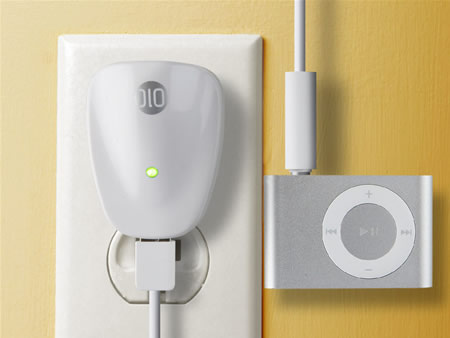 From Focal corp Japan comes the Powerbug which charges your 2nd generation iPod Shuffle using AC power. Just plug in the Powerbug to a power socket and using the provided USB cable connect the Shuffle to it. A green LED on the unit indicates the power status. As the Shuffle can only be charged via the USB port the Powerbug is very handy and useful.