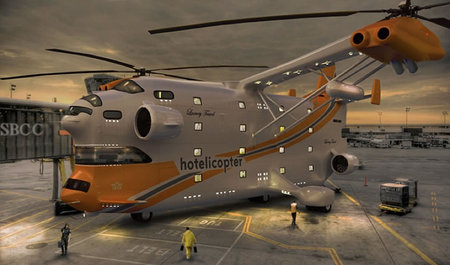 Flying Helicopter Hotel is a fake

The story on the world’s biggest helicopter and that helicopter being converted into flying hotel is just a fake! This is a confirmed report. Personally I had the opinion that such a helicopter would be a pressure on the environment. Imagine the amount fuel needed to just lift this mammoth beast to the air let alone fly it! If this was going to be true, then I am pretty sure, we will have environmental activists behind the manufacturer’s back!
[Ubergizmo]