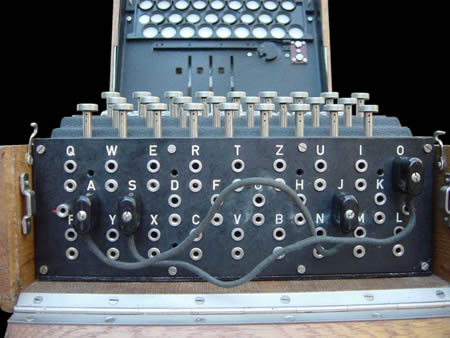 Flash simulation of the Enigma machine

The Enigma Machine was one of the most complex encryption machines ever built, it was used mainly by Nazi Germany during World War II. It was a great boon to allied war effort as British code breakers were able to decipher a large number of messages encryped on the machine. Check out the flash file which simulates the inner workings of the Enigma machine in real time as you type in the plain text.