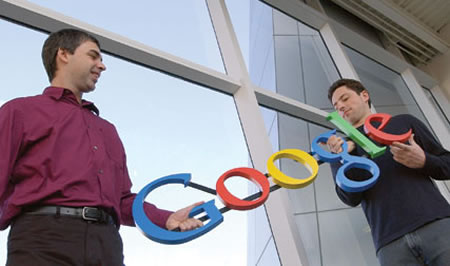 So first it was Facebook that’s going to be made in to a movie and now it’s Google. It was only a matter of time before Hollywood ran out of ideas and decided to take on the internet for ideas. The social networking phenomenon is only getting bigger and, I’ll have to admit, better. The next big social network Hollywood blockbuster is about Google’s rise to the top of the Search chain and how founders Larry Page and Sergey Brin revolutionized the internet with search engine. I wonder what they’ll call this epic saga – the Search is Over. Now there’s a catchy title. Groundswell Prods and producer John Morris have acquired film rights to Ken Auletta’s book Googled: The End of the World As We Know It. I just hope it’s going to be another legal drama, though, if I’m not mistaken, these guys didn’t have any such issues. Might make an interesting story, only problems with these movies is that we already know how they end.
[Firstshowing]