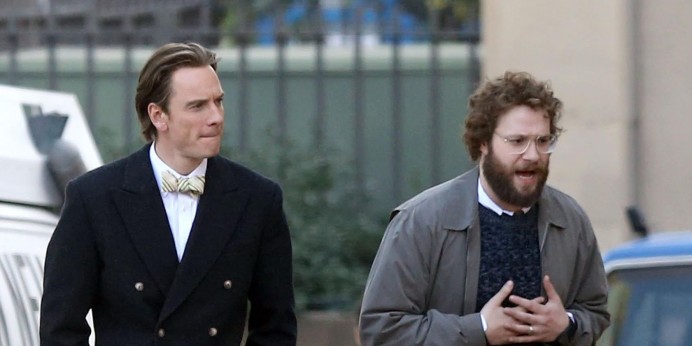 In 2013, the first movie based on the legend of Apple’s founder, Steve Jobs, was released and although it found some criticism from the company’s fans, it nonetheless proved to be a pretty good movie. Of course some in the industry (the movie making industry I mean) didn’t think it was accurate enough, even if Ashton Kutcher may have looked quite like the man himself and did a decent job or portraying the legend; some thought it best however, to make another. Although the movie had a little trouble getting started due to the lack of a “more accurate” actor for the lead, it finally began with Michael Fassbender in the pivotal role and Danny Boyle behind the camera in the director’s chair.

And thus the first official trailer (more of a teaser really) has been making the rounds for ‘Steve Jobs’, the latest (and not necessarily the last) movie about one of the biggest tech personalities of recent times. Written by Aaron Sorkin, the movie is tied in closely to the bestseller by Walter Isaacson with the same name. The trailer is rather similar to what the Superman v Batman: Dawn of Justice is like with voiceovers from the main charters talking about the many trials and tribulations Jobs had to contend with to get to where he was. After all, just like DC’s big players, Jobs was also somewhat of a superhero, complete with uniform and all. But much like the upcoming DC crossover, it seemed interesting though not really enough to make it too enticing; after all we’ve already seen one version, how drastically different could the angle be for this flick as compared to the previous? But it’s too early to cast dispersion. Nonetheless, I’m quite sure Apple fans will be quite excited to see their favorite turtleneck and blue jeans wearing CEO back on the big screen. Check out the trailer here –

Seth Rogan takes up the role of Steve Wozniak with Kate Winslet playing Apple’s former marketing chief Joanna Hoffman. Even Jeff Daniels is on board and makes an appearance in the trailer. Steve Jobs will hit theaters later this year on October 09th.