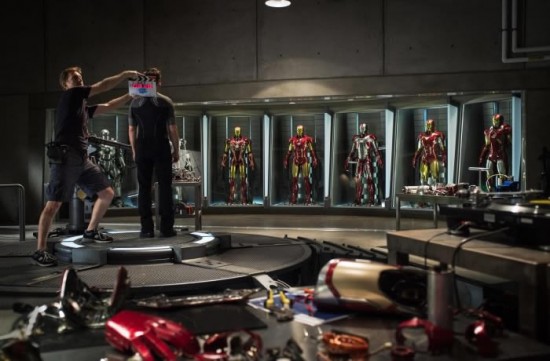 First official photo from the set of Iron Man 3

Scheduled for release in May, 2013. Rumors indicate that Stark would be travelling to China to take on his toughest opponent yet, Mandarin (played by Ben Kingsley). After Avengers I was strongly hoping for a sequel to the Hulk or a complete reboot again.