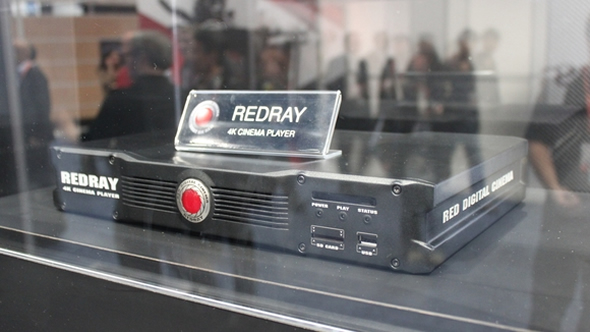 High-definition just aimed higher with the arrival of the world’s first Ultra HD/4K player for home. The device will go on sale. Called the Redray 4k Cinema Player, the device will be commercially available hence and may well replace Blu-ray sets in most top-of-the-line media-rigged homes. “If you go around and ask people who are touching the industry – like we are and all the consumer electronics companies – they would probably concur with me that there’s not a lot of viability for physical media anymore,” says Ted Schilowitz, ‘leader of the rebellion’ at Red Digital Cinema and evangelist for all things 4k, though he admits that Blu-ray might not be dead just yet. “Whether the companies that still live in that world choose to put their last hurrah out in 4k is yet to be determined.” The player also offers reading capabilities for files from USB and SD slots, while in MP4 format. It also offers up-scaling from SD and HD to Ultra HD. What’s interesting is the proprietary compression technology being used by Red that cuts file sizes by 500:1 to roll a 2GB film within storage constraints of just 18GB. It goes without saying that this baby would need 1TB of storage which it has. That’s about 100 hours of Ultra HD dope for users.


The price of the player is most likely to be in line with that of the Ultra HD TVs we saw earlier. The Redray Ultra HD/4K Player could retail for £950 ($1,429).