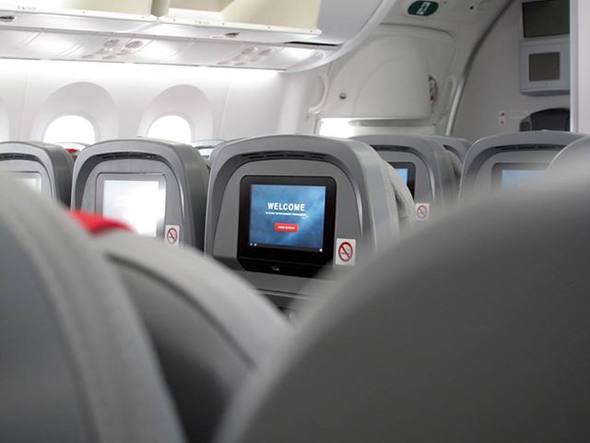 After 18 months and change, it looks like the first Android powered in-flight entertainment system is going to be up and flying. Norwegian and Panasonic Avionics Corporation have been jointly working on this set up for Norwegian’s new fleet of Boeing 787 Dreamliners that will be operated on routes between Scandinavia and the US and Asia. Android is easily one of the most popular smart device operating systems and thus the transition form your phone/tablet to your screen on the seat in the front of you will be seamless when flying. “We’re constantly looking at new ways technology can enhance our passengers’ experience and believe that the edginess of the universe offered by Panasonic fits Norwegian very well,” said Head of Business Development Boris Bubresko at Norwegian.


Passengers flying Norwegian will have a pick of preloaded Android Apps to use which should hopefully be some of the more popular options found on most mobile handsets. Their customers will able to choose from a range of movies, music, games etc. from a menu and UI that their most likely already familiar with making it more comfortable. Paul Margis, President and Chief Executive Officer for Panasonic Avionics said: This open platform architecture facilitates faster, easier, application development, integration, and deployment, enabling Norwegian to engage passengers in an even more amazing entertainment experience while creating new revenue streams.”

Whether or not internet powered apps would be usable is questionable at best and quite doubtful but at least we could see better resolution movie options and perhaps even USB connectivity to plug in your own device to access your own media. As of now all of that is still under wraps. It’s taken quite awhile for this popular mobile OS that’s already made it’s debut in so many other fields to hit the air. But, better late than never.