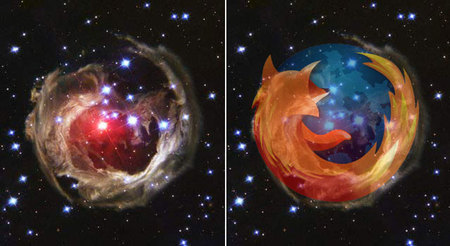 Firefox logo spotted in deep space by the Hubble Telescope

Captured by the Hubble Space Telescope is an image of the variable star V838 Monocerotis which lies near the edge of our Milky Way Galaxy. The photo was taken way back in March 2004.