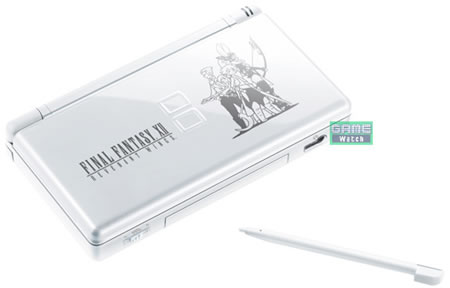 The much awaited Final Fantasy XII Revenant Wings will be hitting stores in Japan on April 26 and to commemerate the release Square Enix will be launching the Final Fantasy XII limited edition Nintendo DS. It wil have the title and characters laser etched on the front flip.