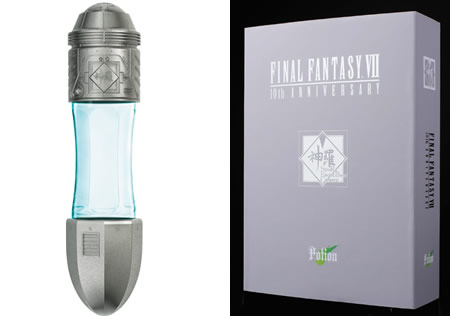 To commemorate the 10th anniversary of Final Fantasy VII, Suntory beverages Japan along with Square Enix have announced a limited edition potion which will go on sale by September 13th. To be manufactured in limited quantities, 77,777 to be precise the potion will comprise of jelly enriched with vitamin B1.