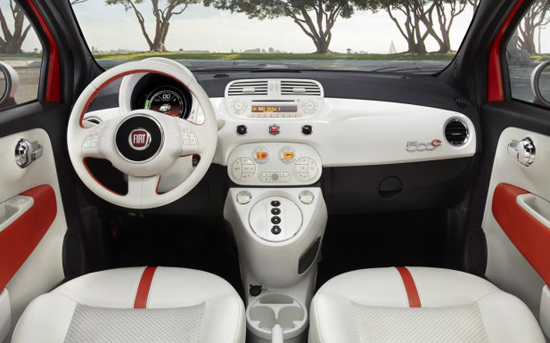 Fiat teases with 500e images ahead of LA Auto Show

Fiat’s electric car, the 500e has received quite an anticipative audience. So, to train their eyes before the mega launch at the LA Auto Show, the company has revealed a couple of images that offer enough insight on what we can expect. Basically, Fiat has stuck to the overall look and feel of the 500 series. The coloring though, does catch the eye. The rhythm of the orange moves from the filled exterior to subtle highlights on the inside. The company has otherwise been tightlipped on the becomings of the car as of now. The images are all we have to lean on.

There has been plenty of buzz on the car being California-only. This would spread frowns. Another report stated that each car produced would lose $10,000 on each EV built. That’s bigger speculation but we’ll keep it under wraps till next year’s launch.