Splotches and blots are as open to interpretation as clouds and tea leaves at the bottom of a mug. What makes the difference in this amazing alarm clock is the fact that it uses science to create the illusion of a Rorschach test. Zelf Koelman of Eindhoven University of Technology describes the clock as one inspired by the magical movements of a little black blob. Called, Ferrolic, the clock employs the laws of magnetism and magnetic fluids to create the desired effect. The Ferro Fluid resembles a living entity or liquid mass that moves of its own accord and creates a path or pattern that makes some logical sense. The Ferrolic clock makes use of a Web application to control what is displayed on its being. Users can customize text, shapes and transitions.


Unfortunately there are only 24 pieces of this amazing clock designed so far. However, the development team has made it clear that the Ferrolic clock may see more versions of itself in the near future. 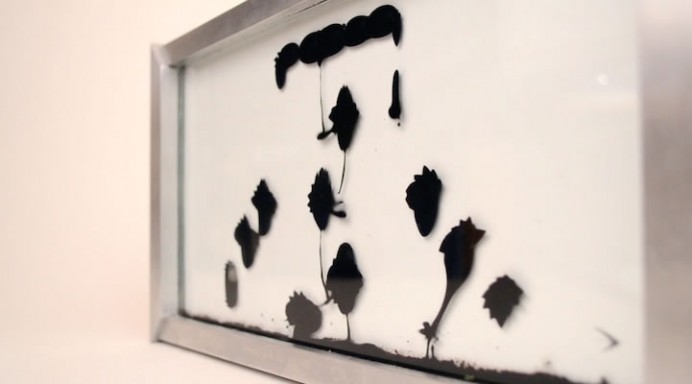