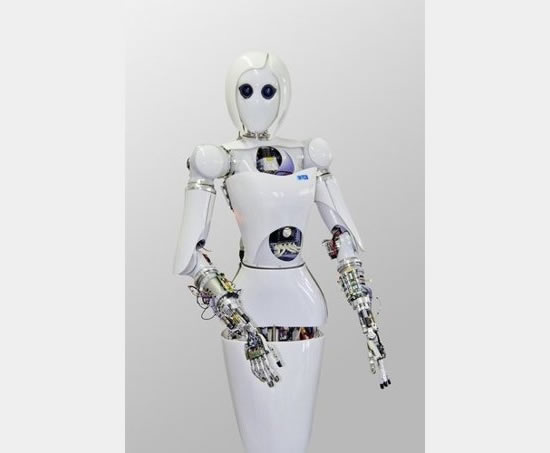 We were all fascinated by the Robonaut space robot working alongside astronauts aboard the ISS; enter AILA a female robot by Robotics Innovation Center at the German Research Center for Artificial Intelligence and the Robotics Group at the University of Bremen and we may have a reason to expect a female robot taking over the ISS soon. There is no reason to suggest why the researchers have come up with a female space robot but we guess it’s for some sort of astronaut entertainment. Jokes apart, AILA very immaculately resembles a female – it has a very feminine body with a lovely hairstyle and large dark eyes. The robot is embedded with arms that operate like a human’s and mimic our arm movement to the fullest.


AILA is made to resemble a female but it cannot be taken lightly, it’s no less than a male Robonaut. Its arms and hands can learn how to push buttons or flip switches autonomously and AILA can learn how to move like humans.