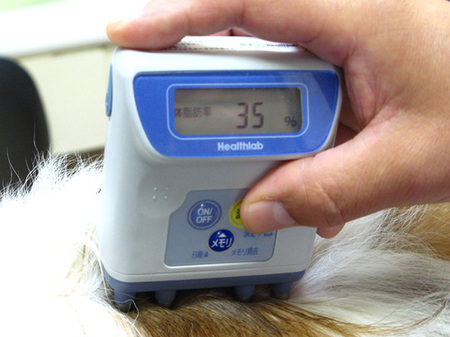 OMG…..we are already traumatized by having to watch our weight on the hi-fi weighing scales and know which part of our body encompasses how much fat. And now these folks in Japan are putting man’s best friend through the same torture. Only difference is that your pet cannot read the figures and so NO WORRIES for him. But only an added tension for you – to take your mutt for a regular workout session. According to the Toda animal hospital of Japan, 30% of domestic animals are overweight. However this body fat measuring device from Kao, made especially for dogs, will give you a fat percentage with just a simple tap on the dog’s flesh. 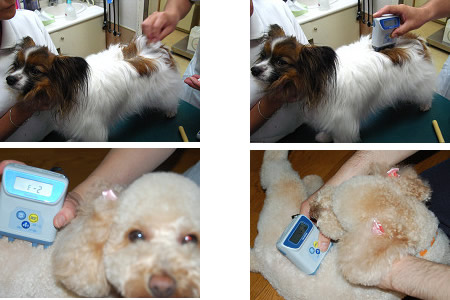 The device is similar to body fat scales built for humans, but instead of making your pet stand on it, you place the four poles on the lower part of the dog’s body and press a button. In just a few moments the animal body fat meter tells you if your pooch is big-boned or fat. If it is over 25%, then your mutt will need to go on a diet. Good motivation for the owner too to go on a diet along with his/her darling! However it seems that the device is not available for general sale.So may be you can use your body scanner only!
Source