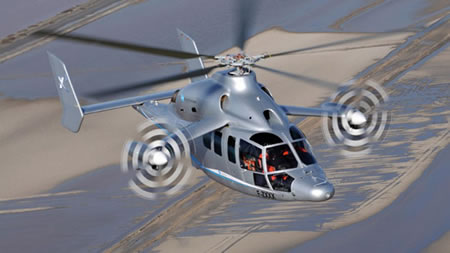 Fastest helicopter in the world touches speeds of 267mph, the Eurocopter X3

Helicopters are known to travel at speeds of about 130 or 140 knots, that’s about 160 mph. the Eurocopter X3 however pushes the speed needle a little above the top, turning out to be the fastest helicopter on the surface of the earth. For now a prototype, the Eurocopter X3 uses a hybrid system to take it to a whopping 267 mph in stable, level flight. For this, the Eurocopter X# uses two turboprops mounted on little wings by its sides. Now the mileage on this one probably might not stand out as much as that of a usual helicopter, though the speed at which it travels sure makes up for that shortcoming!

And we all know the fact that a person who can afford a helicopter usually doesn’t bother too much about fuel-efficiency.
[Dvice]