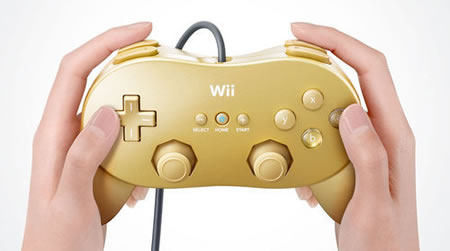 Nintendo know how to rub the ‘classy’ attribute into the face of the gaming consoles. Well they did that with this Golden Classic Controller for GoldenEye, the good old, long-forgotten FPS that was pretty much prevalent in the N64 days. So with this comes a controller that’s literally gold in color. So are you ready to sacrifice all the new goodies in games and settle for nostalgia?

I would rather go in for a plain old controller and get a better title at hand though. I wasn’t into Nintendo in the N64 days anyways.
[Gizmodo]