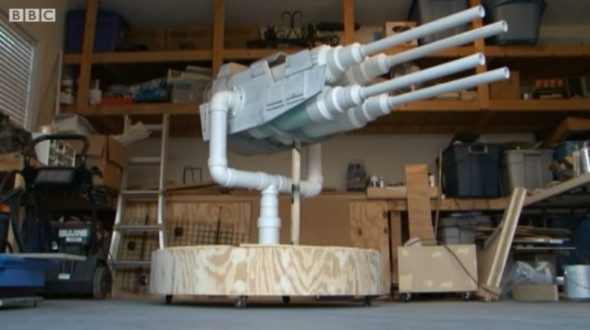 Fanboys collaborate to build a Millenium Falcon on 88-acre plot

The ‘force’ of one never sufficed to make a Millenium Falcon materialize in its full size. So we have the collaborative effort of multiple Star Wars fanboys who have come together on the Internet to realize their dream of the incredible spacecraft in its full size. It’s simply called the Full Scale Millennium Falcon Project and makes use of crowd-sourced efforts to build the ship. Basically, the project involves the making of the exterior while the insides will be non-functional.


The prime contributors to this concept are the Project founder Chris Lee who has purchased an 88-acre (35-hectare) plot of land in Tennessee to house the ship, 3D model designer Stinson Lenz, and a project contributor from Alabama who has presently erected the console of the craft as well as one of its two laser guns.