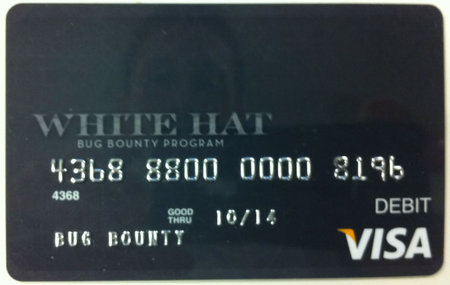 Social networking website Facebook seems to favor those who point out its mistakes and is planning to spread smiles on the faces of researchers and individuals who help shine a light on flaws and errors. In fact, Facebook has been known to shower goodwill in terms of money on those who point out its bugs and mistakes, helping make the social networking website bug-free and unblemished. Now, the site is offering these individuals customized White Hat Bug Bounty Visa debit cards, with which, Facebook will pay researchers for their help. Till date, Facebook has paid some 81 researchers for bug hunting, paying the highest amount of $5000 at one time. Also, Facebook plans to make this card a lot more than just plastic money, and is currently racking its brains trying to come up with a creative way to do the same!