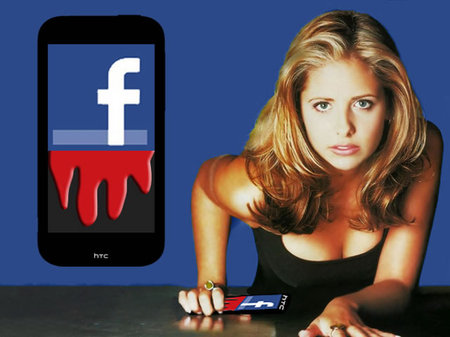 The folks at AllThingsD has reported that Facebook had teamed up with HTC to dole out the first ever Facebook book which will run a modified version. The phone is expected to arrive in the next 12-18 months and the tweaked version of Android lets Facebook deeply integrate its services as well as support HTML5 as a platform for applications. The phone will rather have an unconventional name ‘Bluffy’ which does remind me of the much famed vampire slayer. A name like ‘Bluey’ would have probably done more justice to this one.

HTC has earlier unveiled two Facebook phones at MWC called the HTC Salsa and HTC ChaCha. This step seemed pretty obvious given Facebook’s presence in the mobile space for over a year now. in July, it also unveiled a mobile application called Facebook for Every Phone thus making it accessible to as much as 2500 feature phones across cellular carriers worldwide.