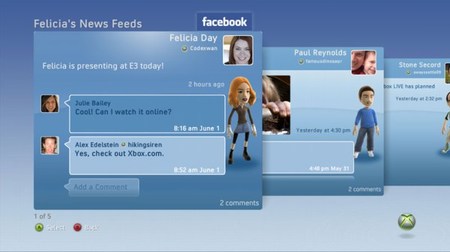 There’s been some kind of a leak that’s revealed that we may soon be seeing a PS3 version of popular social networking site, Facebook. Having a Facebook client running on your PS3 would have multiple repercussions. There’s a chance that it could come up as a total nemesis during game play, with heavy players bringing in too many streams for your GPU to handle. This leak is traced back to Sony’s UK site so there are great chances that this may well be a real possibility as against a sad rumor or an unfinished dream that Facebook saw about the Xbox.

Everything from Facebook wouldn’t really make it to the PS3 but then there’s enough to get the gamer some time off from blasting off alien heads and crashing streetcars. Let’s wait for more.
[Crunchgear]