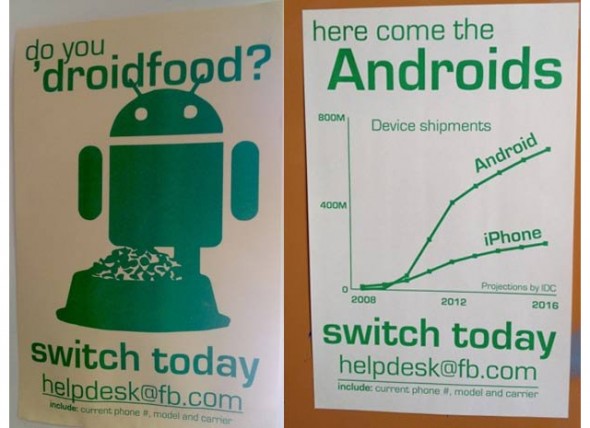 Way back in August the Facebook app for Android was so pathetic that the company actually urged its employees to switch from iOS devices to Android so that they can also experience the suffering that millions of Android users go through daily. Some of the flaws have been addressed but the Android app of the social media giant is far from perfect.
Now, photos have emerged of posters hung around the Menlo Park, Calif. headquarters of Facebook, which further urge employees to make the switch that they’re calling ‘Droidfooding — as in testing your own product.
The posters highlight a prediction by the IDC (International Data Corporation) that by the year 2016 Android users will surpass iOS users by a huge margin.