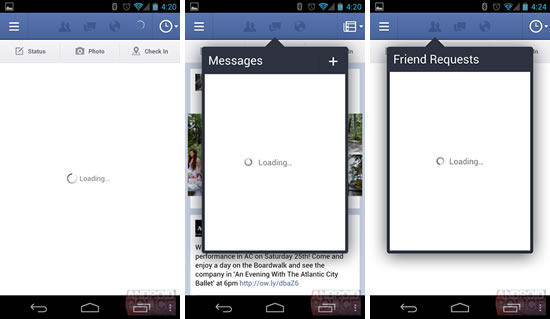 If you are a smartphone or even a tablet user who is using Facebook on the Android OS, then you would be well aware of the quality it offers, or rather the lack of it. And the top brass have decided to convey this message to those probably working on the development of the app and everyone close to it by forcing them to use Android mobiles alone. While it is not official and the extent to which the company is forcing its employees to use mobile phone is still not certain, all rumors indicate that the idea is generally to show the developers how bad the existing app is and probably get them to refine it and make it a whole lot better, sooner than later.


Facebook app for Android is mostly rendered in HTML5 and this makes it easier for the guys to manage it across various devices and release updates that cover a broad spectrum. But this has also made the app pretty poor in quality and a complete hassle with lags, delays and very slow interface. While how much will this force the employees to care about those using Facebook through the mobile app interface is unclear, it will definitely bring all the shortcomings of the app to their notice in a pretty inconvenient fashion.