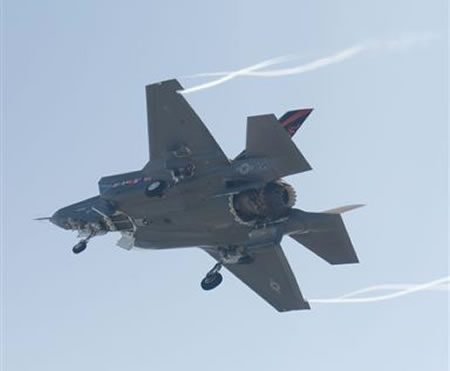 F35B is the world’s first supersonic jump jet. It’s a combination of both jump jets and supersonic jets put together under one hood. The jet can come in handy when there are no catapult aircraft carriers or when the runway’s not the best place to be. Besides its primary functions, the jet also has stealth technology that keeps it from being detected by the bad guys.

The plane is being tested for over a year now and promises to be a huge stepping stone in the world of defense aviation. For now, the big news is that the short takeoff and vertical landing (STOVL) is being put to tests.