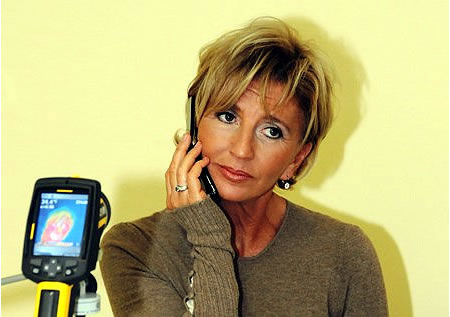 There has been no concrete evidence presented connecting tumors to phone radiations, but that has not stopped companies with coming out with devices and chips to counter the ill effects. Omega Pharma is one such company that has announced its E-Waves phone chip that claims to neutralize potentially hazardous radiation emitted by mobile phones. The chip uses interference technology to block electromagnetic radiation emitted by mobile devices, especially in the range between 3 MHz and 10 GHz. Common complaints with cellphone radiation range from headaches, loss of concentration, to producing heat within the body. Some people may also claim allergic reactions to the materials used on the phone, but tumors have not yet been linked.

Playing with this psychosis of tumor and radiation, the €38.95 ($51) E-Waves chip will be available in Belgian pharmacies from today and very soon all over Western Europe.
Source