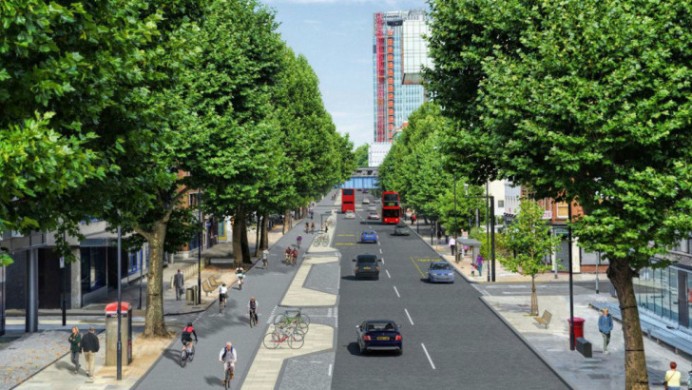 Cyclists in London can rejoice as London is soon going to be a cycle friendly city. The Mayor of London Boris Johnson gave approval to the Europe’s longest “segregated” bike lane. The segregated bike lanes will be protected from both sides which will make it a safer alternative for cyclists and provide them much needed relief from the auto-dominated roadways. The protected lane will guarantee a safe ride from East to West London, very soon a North to South route will also be made. In the past many such protected pathways have been made for cyclists, but this is the first time such a long route has come into picture. “Getting more people on their bikes will reduce pressure on the road, bus and rail networks, cut pollution, and improve life for everyone, whether or not they cycle themselves,” that’s what London Mayor told to London 24.

Cycling as a means of getting around is already very loved by the people of London as over 170,000 cyclists make journeys are made towards the Central London on a daily basis. On February 4th, if the Transport for London gives the project thumbs up, then the construction will start in April. The lanes will be open for London cyclists in Spring 2016.