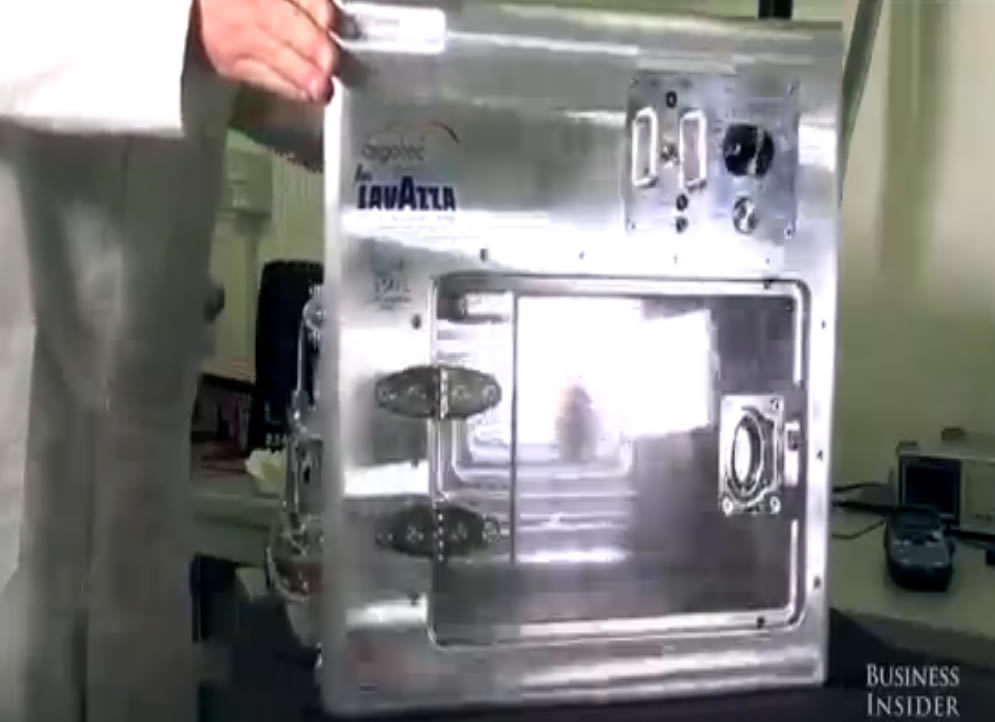 Spacemen are generally always very alert. However, being subjected to an environment of vacuum, without much to listen to and sense could drive them into some inter-galactic slumbers every now and then. And even if it didn’t, who has ever needed an excuse to shoot down a powerful espresso shot? Lavazza have teamed up with Italian Space Agency and a Turin-based engineering company by the name of ‘Argotech’ to make espresso in space a reality. It’s called the ISSpresso machine and it does well to brew astronauts a healthy cup of coffee during their excursions.

Now while coffee enthusiasts would raise their arms in an elaborate caffeine-induced we regret to inform you that the beer-holics have once again superseded you with their rendition of space beer way back in 2008. Why, we also have a brewery up in the stars. Surely, the espresso will help with the morning after hangovers. Or do you get hangovers in space?