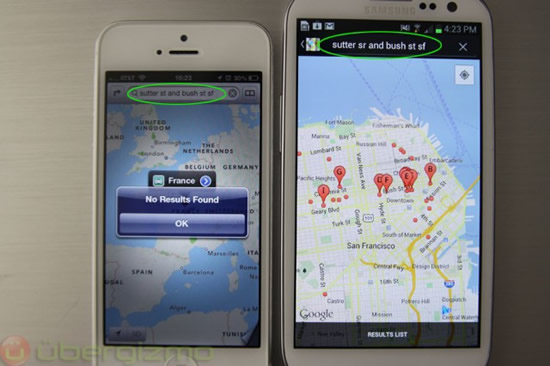 There is competition and then there is standard. Much of what Google offer with their mapping software. However, with the culmination of all the hype behind the launch of the iPhone 5, there was sufficient proof that the company’s mapping app bore no comparison to the Google solution. With more users, better tracking capabilities and a strong functionality, Google Maps easily tops the charts. Tiny advantages such as recognizing typos and still carrying on with the search give the Google offering more credibility. So Apple fans were looking forward to gaining access to Google Maps sooner or later, but Eric Schmidt, Chairman of Google made it clear that there is no such effort in place.


Apple fans will now be bombarded with several ‘told-you-so’s now. There’s a glum in the Apple camp now since Nokia and Microsoft seem to be the only possible substitutes to Apple’s poor mapping software. Alas, we don’t see hope there. To make matters worse, we’ve learned that the fix could take Apple years and no geek’s waiting for that.