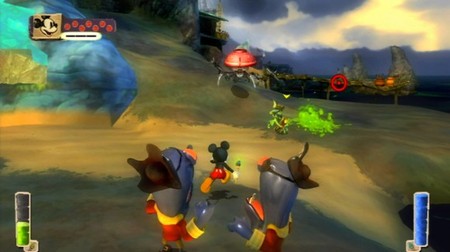 Epic Mickey: The Power of Disney to show up on Nintendo 3DS

With the announcement of the Epic Mickey sequel for the PlayStation 3, Xbox 360 and the Nintendo Wii creating quite a storm, Disney has yet another major release in store, this time for Nintendo 3DS. The first version of the bestselling series to hit the portable gaming industry, a new and exclusive adventure is being developed for Nintendo 3DS christened Epic Mickey: The Power of Illusion. The game is being developed by Dreamrift and is bound to leave players engrossed for hours. The Epic Mickey game was designed specifically for the Nintendo Wii and creators Disney seem eager to extend its wings with the sequel, Epic Micky 2: The Power of Two being scheduled to show up on Xbox 360 and PlayStation 3 as well.