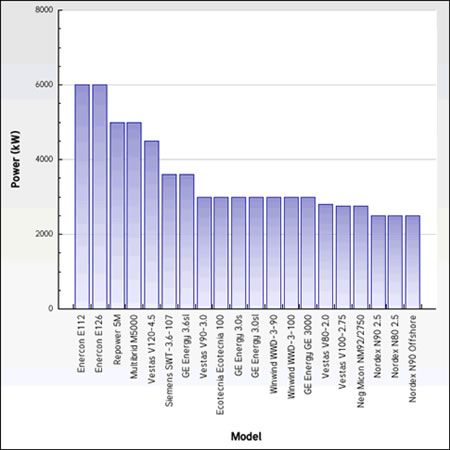 The world’s largest wind turbine is now the Enercon E-126. Its capacity is rated at 6 MW (although this will be ramped up to 7+ MW), and 20 million kilowatt hours per year, that’s enough to power about 5,000 households of four in Europe. Let’s do a quick US calculation. 938 kWh per home per month, 12 months, that’s 11,256 kWh per year per house. That’s 1776 American homes on one wind turbine. This isn’t a home windmill by any assumption; for starters it’s huge, with a rotor blade length of 126 meters (413 feet) these turbines are equipped with a number of new features: an optimized blade design with a spoiler extending down to the hub, and a pre-cast concrete base. Due to the elevated hub height and the new blade profile, the performance of the E-126 is expected to by far surpass that of the E-112. Why build such a huge one? Money, why else? Big things are cheaper per unit production. If you have 3 2 MW generators, you have to have three (at least) cranes to put them up, build three foundations, have to maintain three machines, and have three times the parts to fail. If you have one, it is larger and more expensive in itself to move, but not as expensive as having to move three smaller ones.

Like all big things in the world it has a few environmentalists fighting for its harm to the local bird population. The old lattice structured turbines would attract birds to nest in them hence killing them, but newer ones aren’t bird friendly so wont harm them. 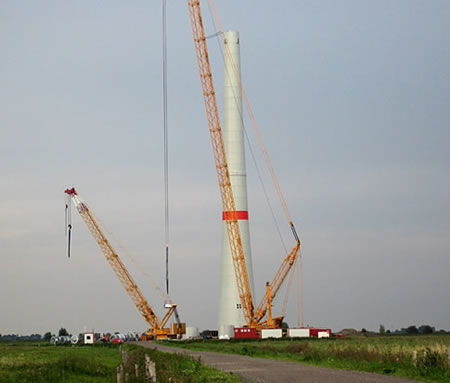 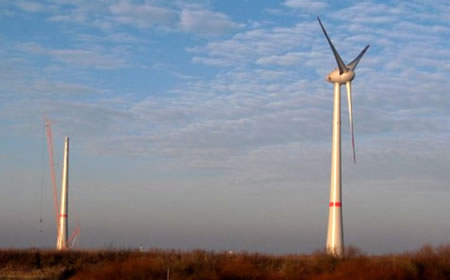 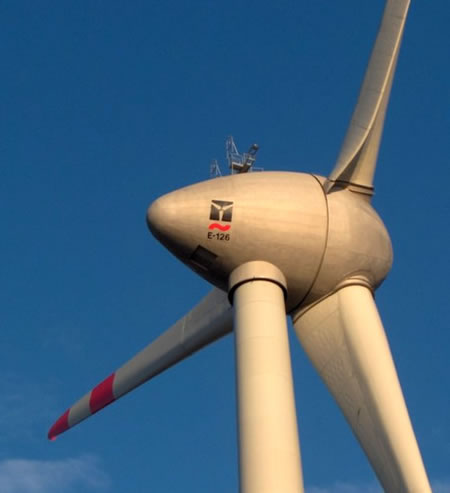 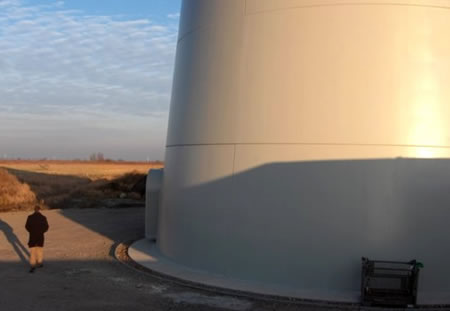 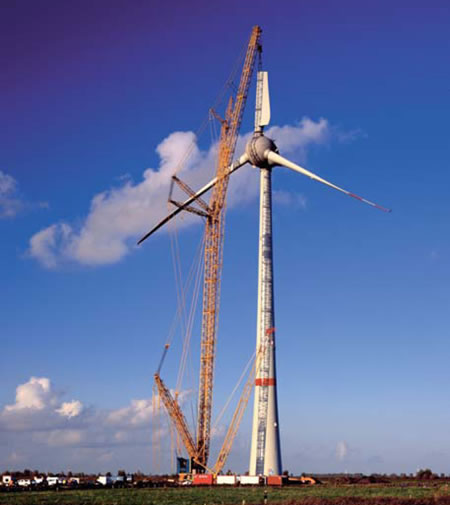