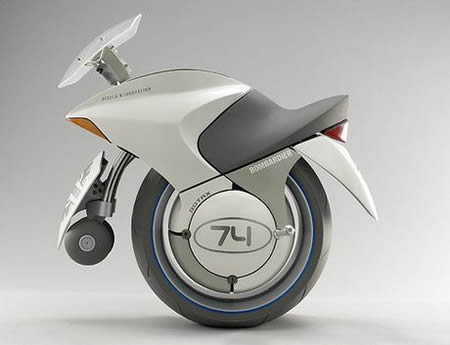 EMBRIO a One-Wheeled Motorcycle for the year 2025

Here is a whole new take on the unicycle, the EMBRIO Advanced Concept is a one-wheeled cycle designed for 2025. It has been designed by the Canadian company Bombardier Recreational Products. The design is such that you got to ride it like a motorcycle. The vehicle uses sensors and gyroscopes to balance up to two passengers on a large single wheel whilst driving. The drive system uses Fuel cell electric and the fuel used is hydrogen. It measures 1,240 mm (48.8 in) in length and 700 mm (27.5 in) wide. It stands 1,200 mm (47.5 in) tall and weighs 164 kgs. 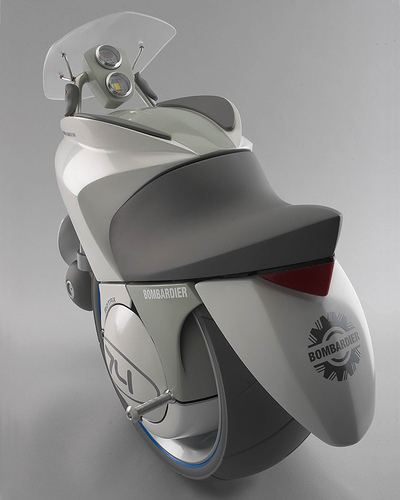 The vehicle remains stable when motionless, with two small front wheels deployed at speeds below 20 kilometers per hour (12.5 mph). To move forward, the rider activates a trigger on the left handlebar. At a speed of 20 kilometers per hour (12.5 mph) the front wheels or “landing gear” retracts so the rider is balancing on the large single wheel. To turn the rider leans to the left or right. The brake is activated by a trigger on the right handlebar. Fuel cells running on hydrogen provide electricity for the electric motor which drives the single wheel.