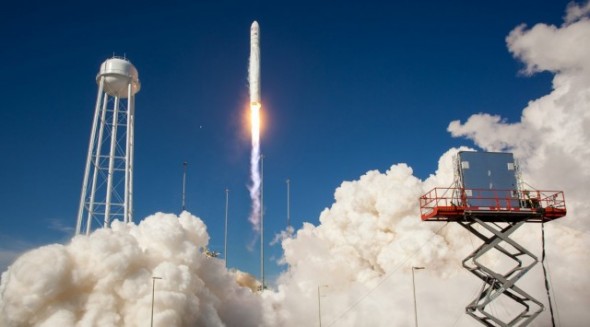 Elysium Space lets your ashes float in space as a final farewell, before brining up on re-entry

Elysium, or the Elysian Fields is a mythical place where heroes go to in their afterlife to find peace. Essentially it’s a final resting place, paradise or Heaven if you wish to be quite literal in translation. Aside from the upcoming Matt Damon Sci-Fi action movie with the same name, a company called Elysium Space is offering individuals the opportunity to send their dearly departed to the stars in a rather epic burial. For those that looked to the stars in life this company will take a portion of your cremated remains and ‘deposit’ it into Earth’s lower orbit region where it will circle the planet for a few or even years and finally makes it’s way down to the planet in somewhat spectacular way. Your family can also track your whereabouts using the companies customised iPhone app.


For the sci-fi fans, Trekkies and any other person out there who dream of the ‘Final Frontier’ but will never get the opportunity to see it in real life; this is the grandest of all farewells. This little after-life space package will set you back about $1,990 which really isn’t too expensive all things considered and is so much more affordable than Space Burials.