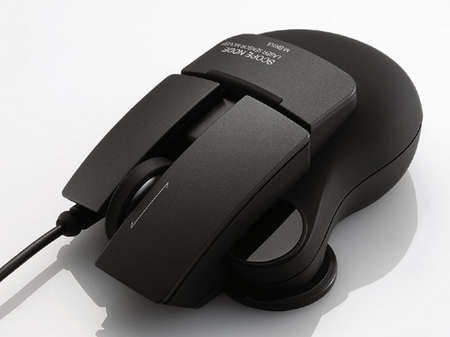 Elecom Japan has announced a new addition to its range of high end mice with the Scope Node mouse. The mouse has been completely redesigned and unlike traditional mice which have a sensor at the center this one has it towards the left right between the index finger and the thumb. Elecom claims the positioning gives the 1600 dpi laser sensor more accuracy. Compatible with Mac and Windows the Scope Node mouse will be made available in three colors black, glossy silver and mat silver and is available in Japan only for 6300 Yen ($ 70).
(More images after the jump) 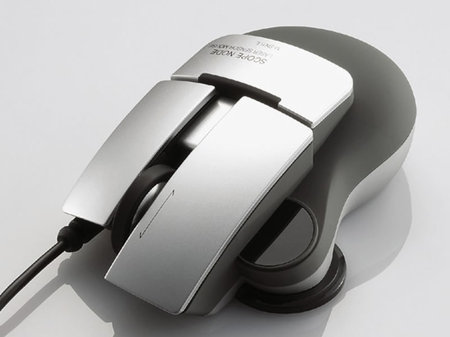