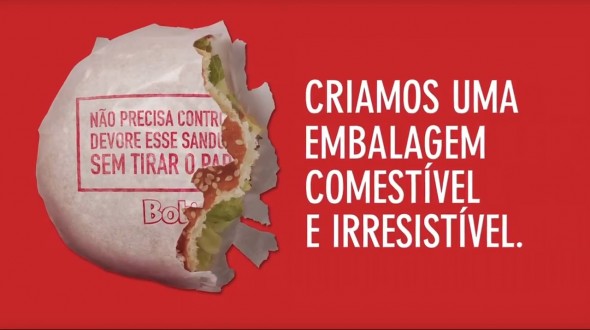 Brazilian burger chain, Bob, managed to entice its customers with a special novelty in its burger flavoring. They managed to roll out a special packaging that was completely edible. Talk about the best ad agencies and activations coming from Brazil and here’s proof. It’s good to know that you could just grab a burger off a counter and start stuffing it into your mouth without wasting any time unwrapping and eventually literring. The concept was such a huge hit that the chain claims that none of the wrappers were thrown out.


This accounts to a great thought, with statistics claiming that US consumers threw away 75 million tons of packaging waste in 2011. The activity was carried out as part of Bob’s tagline, “Não dá pra controlar” (You can’t control yourself).