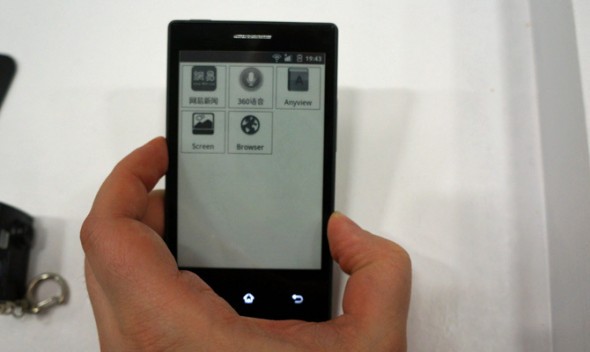 E-Ink technology has been the weapon of choice for technologists, in their revolution against paper-back books. And they’re succeeding and growing in number, with each passing day. However, including the same in a smartphone can well mean a poor user interface and no video playback. Yet, there are a few advantages that can be salvaged from the technology. E Ink have shown off the prototype of an Android-powered smartphone at the Mobile World Congress trade show that brag about a phone that can run for a week on a single charge.


This could be a great idea for a second phone or a backup phone, or even a handy companion for long outdoor ventures. It does take some steel nerves to brave everything that it could lend missing though.