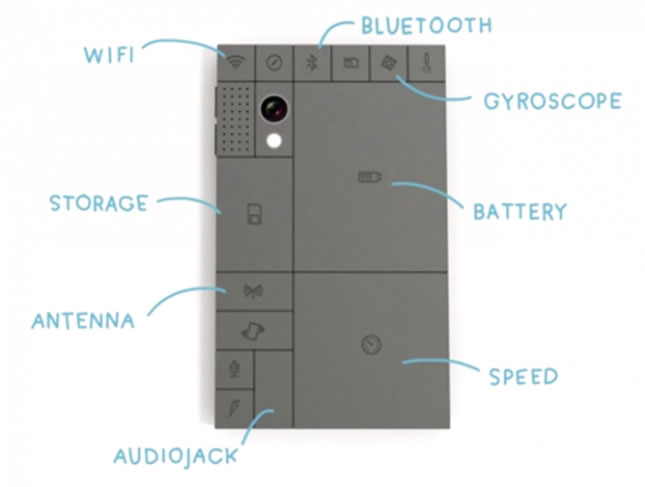 E-waste disposal is one of the worst problems we are facing currently. How many times do we end up scrapping a gadget, say a smartphone, just because of a small damaged component. In an attempt to make devices sleeker, manufacturers are making them almost irreparable. Dutch designer Dave Hakkens has come up with a concept named ‘Phonebloks’ that can potentially get rid of this problem. The concept comprises of a modular smartphone which can be assembled like Lego blocks.

The most important part of the assembly is the motherboard which forms the base. It is perforated with holes on both sides on with blocks of specific components can be attached. On the front end, a display can be hooked. And on the rear, all the other essentials like battery, wifi chip, and camera can be added. Any component goes kaput can be swapped for a brand new one without disturbing other parts.

That’s not all; it’ll also give the user the power to personalize his smartphone according to his exact needs. All of the pieces will be held in its place by screws on the motherboard. Though the idea is pretty nifty and can be extended to other gadgets like tabs and laptops, but it’s a very difficult proposition to actually materialize. Dave has uploaded a video explain the concept while giving a shout-out to all the potential investors to get on-board.