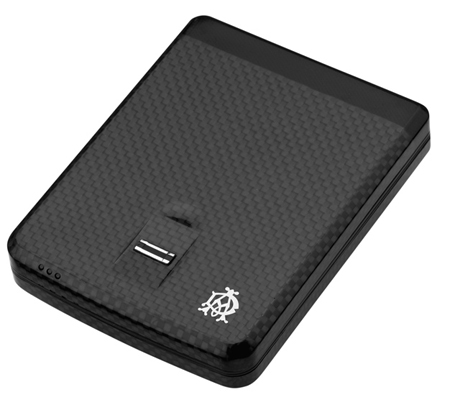 There are some among you, our respected readers who thrive on the fact that your wallet is safe, no matter where you go with it. May be it’s because of a highly sensitive buttock that can sense any pickpocket’s touch or anything to that effect. But then there are the exact opposites who cannot spend a moment of respite in the company of any stranger because of paranoia. For such, is the Dunhill Biometric Wallet designed. It is accessible after a fingerprint scan is put into effect. The outer shell is solid carbon fiber, so there go those cheap blades for a toss. It connects to your phone via Bluetooth and uses proximity to begin alarming you once you’re 5-meters away.

There’ no doubt it’s a classy affair from the inside. To get this paranoia-proof wallet, you’d need to splurge $825 on it.
Gaj-it