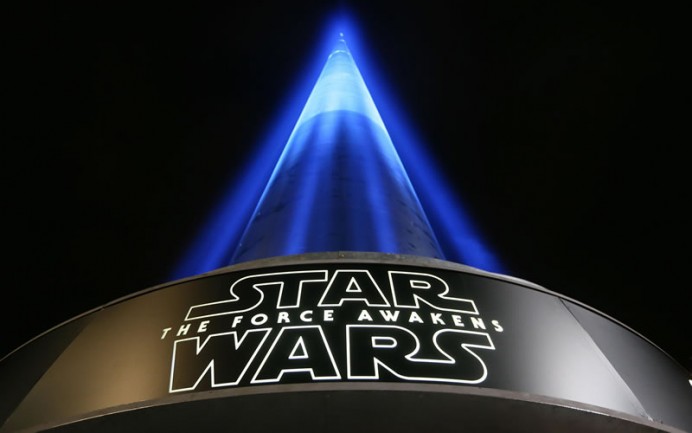 As the Star Wars Episode VII fever hits a spacegasmic level, we can expect no less from the citizens of the galaxy to pay their fitting tributes. Dublin paid a special tribute to the movie franchisee and it’s so beautiful that we’re going to keep this post short and just marvel at its pure awesomeness. The Spire of Dublin was decked in a manner to resemble a giant Lightsaber that soared into the night sky. Everyone on O’Connell Street were treated to the spectacle. The Force shines strong and bright with everyone from Dublin.