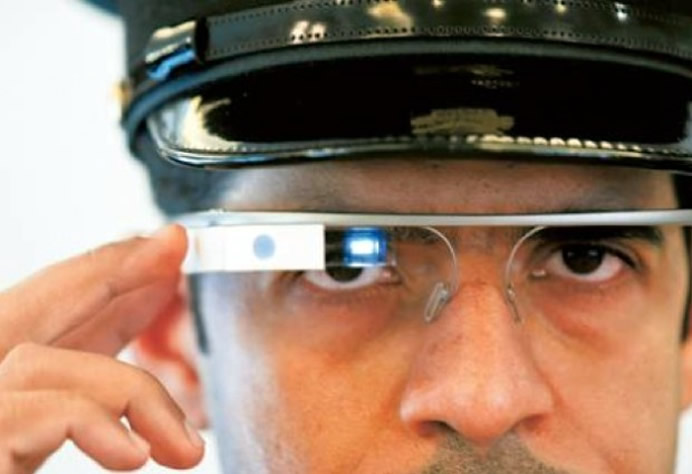 We all are well aware of the fact that the Dubai Police Department has the most kick-ass line-up of patrol cars in the world that includes the like of Lamborghini Aventador, Aston Martin One-77 and even a Bugatti Veyron. But it seems, the Dubai PD also aims to be the best when it comes to incorporating the most cutting edge technology to keep a check on crime in the city. Dubai Police has begun using Google Glass as part of an effort to crack down on traffic violations, and as confirmed to Gulf News, it is currently testing the wearable technology for its proper utilization. According to a senior police official, the patrol cars will soon use Google Glass to issue fines to law breaking motorists as well as identify wanted cars.

You might remember, earlier this year news emerged that New York PD is also testing the Google Glass, so that means Dubai Police isn’t the first to try out the smart eyewear. As a part of the trial program, Dubai Police’s Smart Services teams have created two applications in-house for the Google Glass to be used by their officers. “One will allow them to take photos of traffic violations from the Glass, which will go instantly into our system, and the other application helps identify wanted cars,” said Colonel Khalid Nasser Al Razooqi, General Director of Smart Services at Dubai Police. As of now it’s not yet clear when will they start using the technology on a wider basis, but Colonel Khalid told Gulf News that if the trials go well, the department would adopt the technology more broadly once Google Glass becomes available.