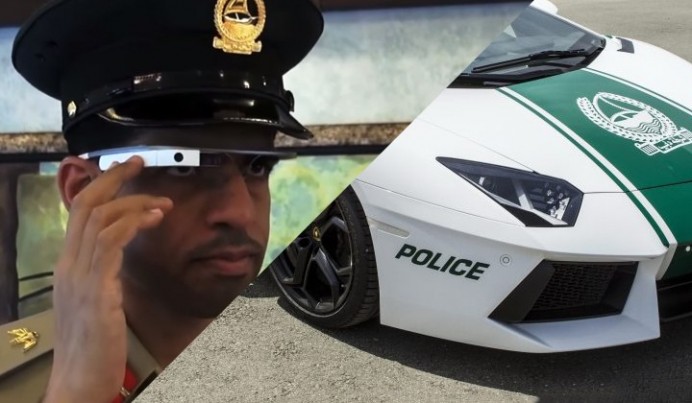 Dubai Police Force will use Google Glass to nab criminals

Dubai, the richest city in the Middle East has been known for using very expensive cars like Lamborghini, Aston Martins and Ferraris, but despite having these super-fast cars, they do not have a great track record of catching criminals. As per Reuters, Dubai plans to make its Police Force the smartest in the world by 2018. Dubai police officers will now use Google Glass for identify criminals and fight crime. The detectives in Dubai will be able to use the face recognition feature of the Google Glass. Dubai’s 7 Days newspaper has reported that the emirate’s police have developed Google Glass software that would connect the Glass users to a database of wanted people. The glass will have a database of criminals; it will identify a suspect or a wanted criminal and alert the Google Glass wearing officer.

Colonel Khalid Nasser Al Razooqi, General Director of the Dubai Police Smart Services Department said in a statement to Gulf News that initially Google Glass will be used for two main purposes – one for traffic violation, to issue traffic violation to the driver and another one for reading number plates of the cars and check if that car is wanted. Then the device will be rolled out to the detectives who can make use of the facial recognition feature to identify and catch criminals.