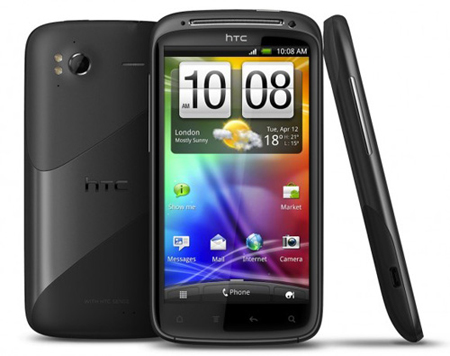 HTC are set to unleash twice the goodness of the HTC Sensation. The dual-core smartphone is expected to add some flavor to add some glitz to the otherwise ordinary world of phones in its genre. The spec sheet is as much eye candy as you could expect from a phone. Armed with a powerful 1.2GHz Snapdragon processor, the phone runs on Android 2.3 Gingerbread and HTC’s very own Sense 3.0. All of this is flaunted by the brilliantly large 4.3-inch display screen. Image capture can be bliss with a good camera on the rear that shoots video at 1080 HD. There’s also a front-facing 1.3-megapixel camera for video calling, Friend tracking, 768MB RAM, 8GB microSDHC support to complement the 4GB inbuilt memory, 3G and a lot more.

So, what will the iPhone5 pick up from the likes of these? You never know which way inspiration comes from.
Electronista