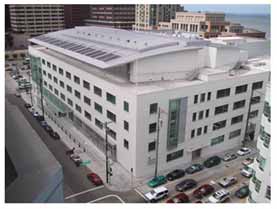 A few days ago we posted about the server room in a government office going offline because of an employee shutting off the air-conditioning to save power. This latest fiasco beats it by miles, the incident took place at 365 Main, a datacenter on the edge of San Francisco’s Financial District. Due to its proximity to the silicon valley, it is home to numerous start ups and popular websites like Technorati, Yelp, Adbrite, Typepad, Livejournal etc. Apparently a drunk employee says Valleywag went berserk and pulled the plug of about 40 racks.

We’re sure 365 Main will deny that such a thing could ever happen. And, conveniently, the neighborhood is having power troubles, too. But here’s a question: When you have several levels of redundant power, what could bring your customers’ servers down other than something like an employee physically ripping the plugs out of the wall? Or, with less effort, hitting the emergency-power-off switch that San Francisco’s building codes require 365 Main install?
Source