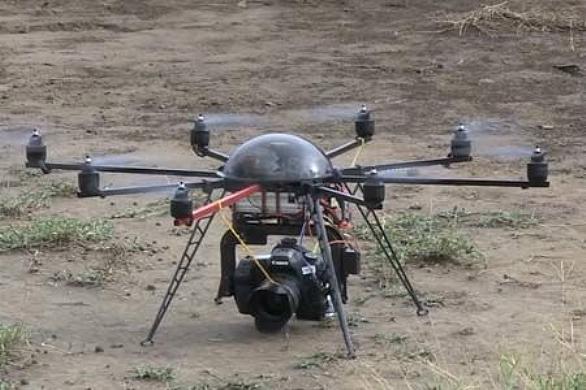 There is a good reason why lions are called the king of the jungle, the predatory cat sit comfortably on the top of the food chain. Videographers put their lives at stake to capture the majestic animal in the wild. Human presence further alter the behavior of these big cats so to capture more natural shots and get a more intimate glimpse into their world, award winning photographer Michael Nichols used remote rovers and drones to shoot the lions. For a project with National Geographic, Nichols ventured into Serengeti back in 2011 to capture never-seen-before shots of lions.

They experimented with the innovative idea of using drones and remote controlled rovers mounted with DSLR and GoPros to get up close with a Vumbi pride they were following. They extensively tried and tested the drones to make the pride comfortable of its presence. It worked brilliantly and the team was able to capture great shots. The infrared cameras were able to shoot the lions at night when they are very active. The complete story will be published in this month’s issue of National Geographic but the team released a video, check out the amazing visuals.