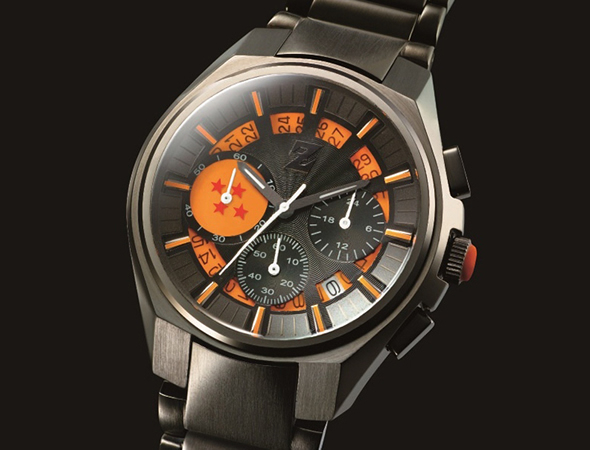 Imperial Enterprises are famous for their bling but when it comes to developing something that pays tribute to a timeless wonder like Dragon Ball Z via a timepiece, it leaves us much interested. The launch of this pretty piece is in time with the release of the franchisees newest movie, Dragon Ball Z: Battle of Gods. Akira Toriyama who conceptualized the epic series has ensured the right amount of story and character to influence the design of the watch. You will find resemblance to the Four-Star Dragon Ball on the 60-second face of the watch. Among the many cool features of the watch is the 24-hour clock display, second fractions, a calendar and a handy stopwatch.


To package it all so authentically, the watch comes in a box that is shaped like a Hoi-Poi Capsule. It displays the logo 9f Capsule Corporation. There are only 9,999 pieces to be produced for 39,000 a pop.
Crunchy Roll