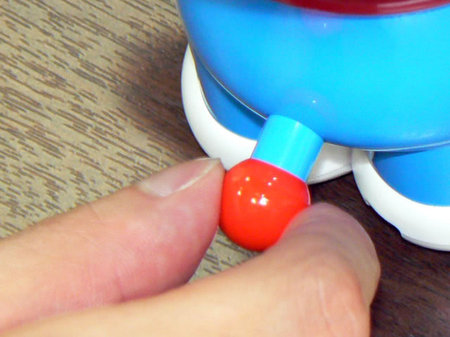 Doreamon robot for the anime fan

Bandai Japan has announced the ‘My robot’ a communication robot to commemorate Doraemon’s 30 birthday. The 16cm tall robot is one of the first with Epaper eyes which create realistic emotions. Underneath the blue body is a light, motion and infrared sensor which lets Doreamon know the location and react accordingly. It also has a clock and temperature sensor which lets it form sentences accordingly like ‘Good Morning’, ‘Good Night’ and so on. It does not have speech recognition but has a unique algorithm which forms responses based on the length of the sentences it is spoken to. For eg – if you say ‘the sky is clear today’ it will respond ‘i know’. With 1300 lines of vocabulary it will not run out of response soon enough. The Doreamon robot goes on sale in Japan on its birthday, September 6 for 31,500 Yen ($ 350).
(More images after the jump) 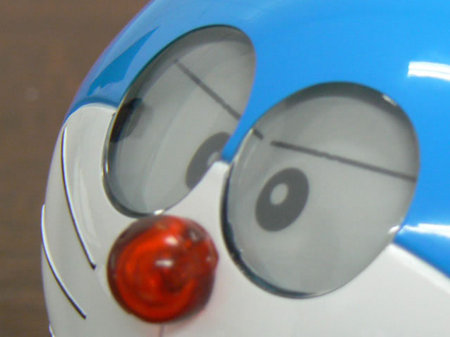 Its not what you think, its the tail which doubles as a switch
[Bandai]