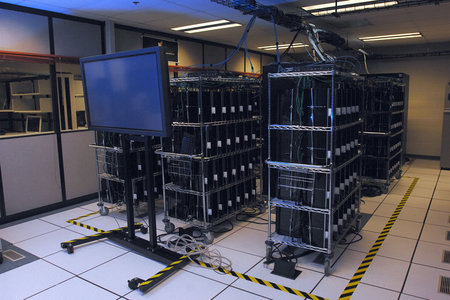 DOD uses 1,760 Sony PlayStations for Super computer, talk about a God of War

So Sony has taken their PlayStation to the DOD (Depart of Defense) but if you think those guys are just sitting there playing COD think again. The power of 1,760 PlayStations was harnessed by the DOD for their new supercomputer that’s going to be placed at the Dayton, Ohio-based Air Force Research Laboratory network. The DOD got their ‘wares’ from Sony one distributor and what do they have now? A big, fast totally interactive supercomputer nicknamed the Condor Cluster. Basically designed and created for analyzing high-resolution imagery flying in space at high speeds and working on sophisticated algorithms and other cool stuff like that the Pentagon is into. So obviously these aren’t like any other PS3 out there. They have no Blu-ray drives and aren’t going to play Go of War either, well not exactly anyway.

The Condor Cluster is also considered to be the 33rd largest computer in the world. It’s taken about four years to put this together and it just goes to show how videogame consoles aren’t just toys but rather sophisticated pieces of hardware. If your folks ever hassle you for playing too many games, just let them know your console is also being used for DOD business. That should get them off your back.
[Cleveland]