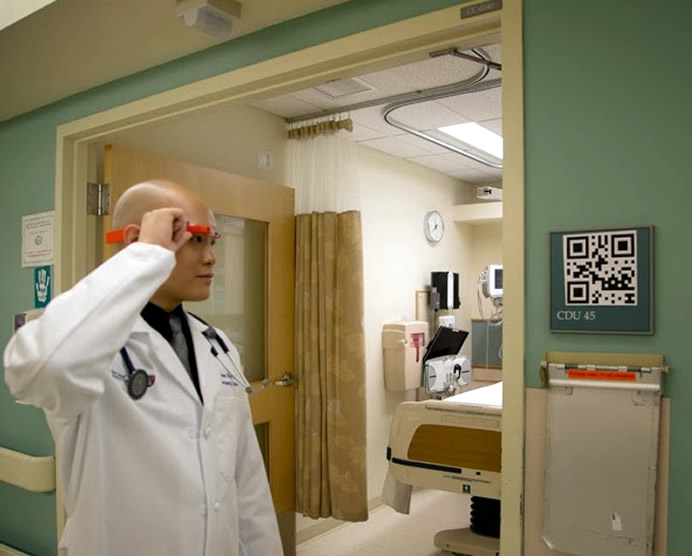 We are still a few months away before Google launches the production version of its wearable eyewear ‘Glass’, but already quite a few corporations across the globe from airlines companies to watch makers have adopted it to incorporate it with their brand strategy. Even the NYPD Police department announced that they were testing the possible usage of the Google Glass, and now we have doctors who are gauging its usefulness. Beth Israel Deaconess Medical Center in Boston is one of the first in the medical field to have been testing Google Glass with four of its emergency room doctors for the past three months, according to a blog post by the center’s chief information officer, Dr. John Halamka.

The use of Google Glass will eliminate the need of doctors to waste their time browsing the files on computer to search for relevant information on patient’s medical history. With simple tricks to operate the Google Glass, doctors will be able to retrieve information in real-time with little hassle. As per the blog of the medical center, they found that the wearable device has proven to be helpful with getting summarized real-time information to the doctors. The doctors have been able to access the medical center’s internal web-based emergency room dashboard while ensuring that all patient data stayed securely within the center’s firewall. The Google Glass has a huge potential and might transform many processes in the future to make them more effective and efficient.