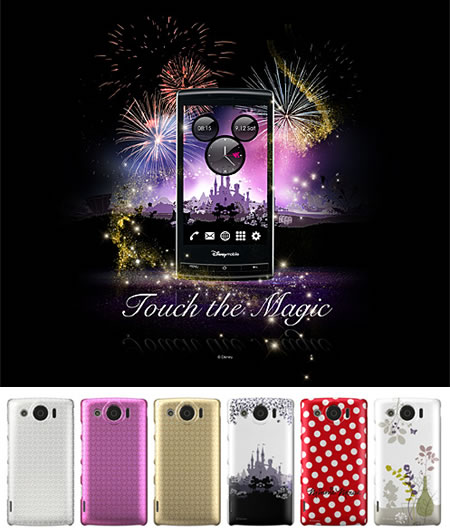 Disney fans in Japan can go berserk as the company is soon going to launch their own Android driven smartphones which will pack in a lot of impressive features like 9.6 MP camera, large 3.8-inch LCD screen and rich 3D support. Sharp’s Galapagos 003SH Android driven smartphones are going to be rebranded here by Disney. The makers are focusing on delivering glasses-free 3D experience which will make viewing media content a breeze. Tech specs here includes a 1GHz processor, ‘Japan-friendly features’ like 1Seg over-the-air TV tuning and FeliCa for wireless payments, and Android 2.2 with Flash 10.1 support.

This does come across as a big shock owing to the fact that Apple Head Honcho Steve Jobs in on the Board of Directors of Disney. Besides that in the past the company has always stuck to entry-level phones so why a sudden leap to Android smartphones? Probably the Android fever is too hard to resist. We did witness that in this year’s CES at Las Vegas.
[Electronista]