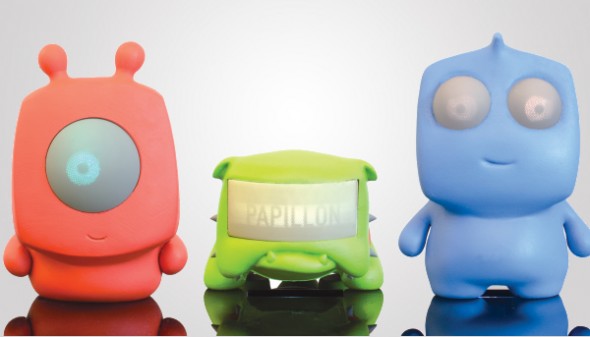 You probably might not have noticed it till now, but one of those things that make most animated characters so damn cute are their eyes. The wider the eyes, the more expressive they are and the bigger fan following does the character have. You could ask Shrek’s Puss in Boots or Madagascar’s Mort if you don’t take our word for it. Disney, one of the world’s best creators of cute, memorable and animated characters, has been using this trick since ages and has recently applied the same to its inanimate eyes. Disney Research recently teamed up with Carnegie Mellon to put together a new technology that uses 3D printed optical fibers to create eyes capable of a multitude of expressions.

The eyes are made from 3D-printed optical fibers that are bendable and direct light to the surface of the character’s eye. This creates a video-projection-like effect. The technology is bound to catch on and we’re expecting some pretty cool and adorable toys showing up in the future.

[Via – Psfk and Geekosystem]